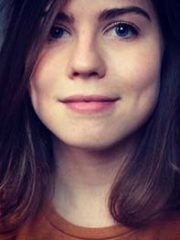 Victims of fraud often do not share their experience with the people that are closest to them. When we need information, most of us turn to online search engines. Our goal at Investigation Counsel PC is to make sure that everybody with questions finds the right answers. At the online newspage Canadian Fraud News we keep track of all fraud related stories that are published by other media and we report on ongoing cases.

With a background in journalism, Van Rosmalen is an unusual addition to Investigation Counsel Professional Corporation. Her Master’s degree at the University of Amsterdam specializes in research and investigative journalism. Think for example of movies like All the President’s Men (1976) about how The Washington Post uncovers the details of the Watergate scandal that leads to President Nixon’s resignation, or the more recent Spotlight (2015) about how the Boston Globe uncovered the massive scandal of child molestation and cover-up within the local Catholic Archdiocese.

Van Rosmalen earned her graduate degree in Journalism and Media, research and editing for audiovisual media at the Graduate School of Humanities at University of Amsterdam. She majored in Dutch Language and Culture at the Radboud University of Nijmegen with additional minors in Classical Culture, Journalism and Dutch Literature. During the summer of 2015 Van Rosmalen studied Cinema Studies at the University of Toronto as part of the Summer School exchange program. Finally she attended a pre-master in Media, Journalism and Use of News at the Communication Science-department for six months in 2013.

Van Rosmalen possesses work experience in several fields of media. The Dutch television talkshow DWDD, online news and magazine Vice Media, a national newspaper named Het Parool, documentary film at IDTV Docs and a radio show at Radio 6 Soul & Jazz has given Van Rosmalen a wide variety of training in the journalism field. She wrote her graduate thesis about computational journalism: using algorithms, data and software to supplement and, up to certain point, automate news production. She travelled to Los Angeles to carry out a casestudy on the technology and journalism startup InkaBinka.