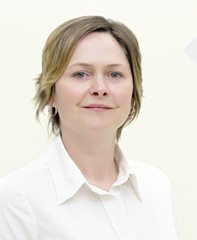 My interest in legal issues related to investigations and privacy started during my internship on the Ipperwash Inquiry involving the OPP. Subsequent to the Inquiry, I have been a lawyer working with Investigation Counsel PC since its inception in 2007. My practice has been focused on defending police officers and private sector investigators in all matters of civil, criminal and administrative litigation, as well as Investigation Counsel PC’s representation of industry associations.

An academic at heart, Erin has written theses at both the undergrad and graduate level as well was working towards a PhD in Philosophy of Education before deciding to pursue a career in law. With an extensive background in analytical research and writing, Erin brings her research skills to bear on a wide variety of areas of law including torts, civil procedure and criminal law.

Erin graduated from the McGill University in 1994 with a Bachelor of Arts (Honours) in Sociology and Anthropology. She subsequently graduated from University of Waterloo with an MA in Sociology and was awarded the Faculty of Arts Special Merit Scholarship and the Outstanding Achievement in Graduate Studies Award. She completed a Bachelor of Laws at University of Toronto in 2002, where she was the recipient of the McMillan Binch Entrance Scholarship. For her articling year, Erin clerked at the Ontario Superior Court of Justice working with several judges researching and writing pre- and post-hearing memoranda on a variety of legal issues. Erin honed her research and drafting skills in support of litigation at the Office of The Children’s Lawyer following her call to the Bar. She returned to the Superior Court as the staff lawyer for the Senior Judge of the Family Court preparing materials related to the education of judges, practice and procedure in the Family Court and expansion of the Family Court. In October 2004, Erin joined the Ipperwash Inquiry as a legal analyst where she reviewed and analyzed oral and documentary evidence and assisted in the preparation of the report. She has worked with the Investigation Counsel law firm since March 2007 in the capacity of Research Lawyer.